Over the centuries the moors have seen the begin of several industries, the construction of a military airport and also a civilian one, but the destiny wanted that the route of the circuit didn’t miraculously change.

The first re-enactment of the Brescia Montichiari International Circuit in September 2018 saw the participation of Bugatti, Alfa Romeo, the Fiat, Lancia, Amilcar, Chiribiri, OM, Diatto, Salmson, Ansaldo and Rally: they all competed on those roads, as if time had stopped, crossing the ancient and fascinating streets of the historic center of Montichiari. 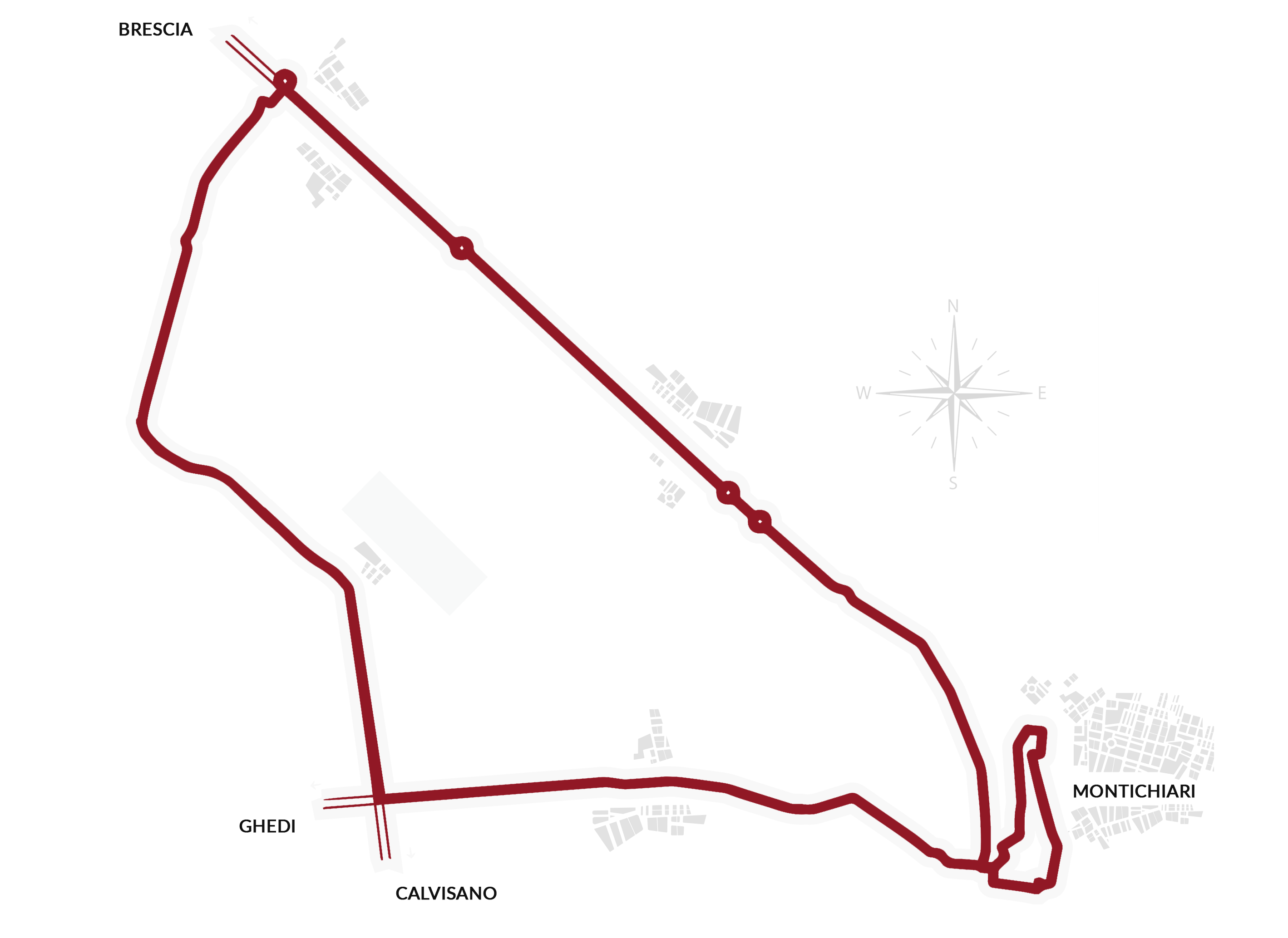 Ask for more information and and join the Brescia Montichiari International Circuit.