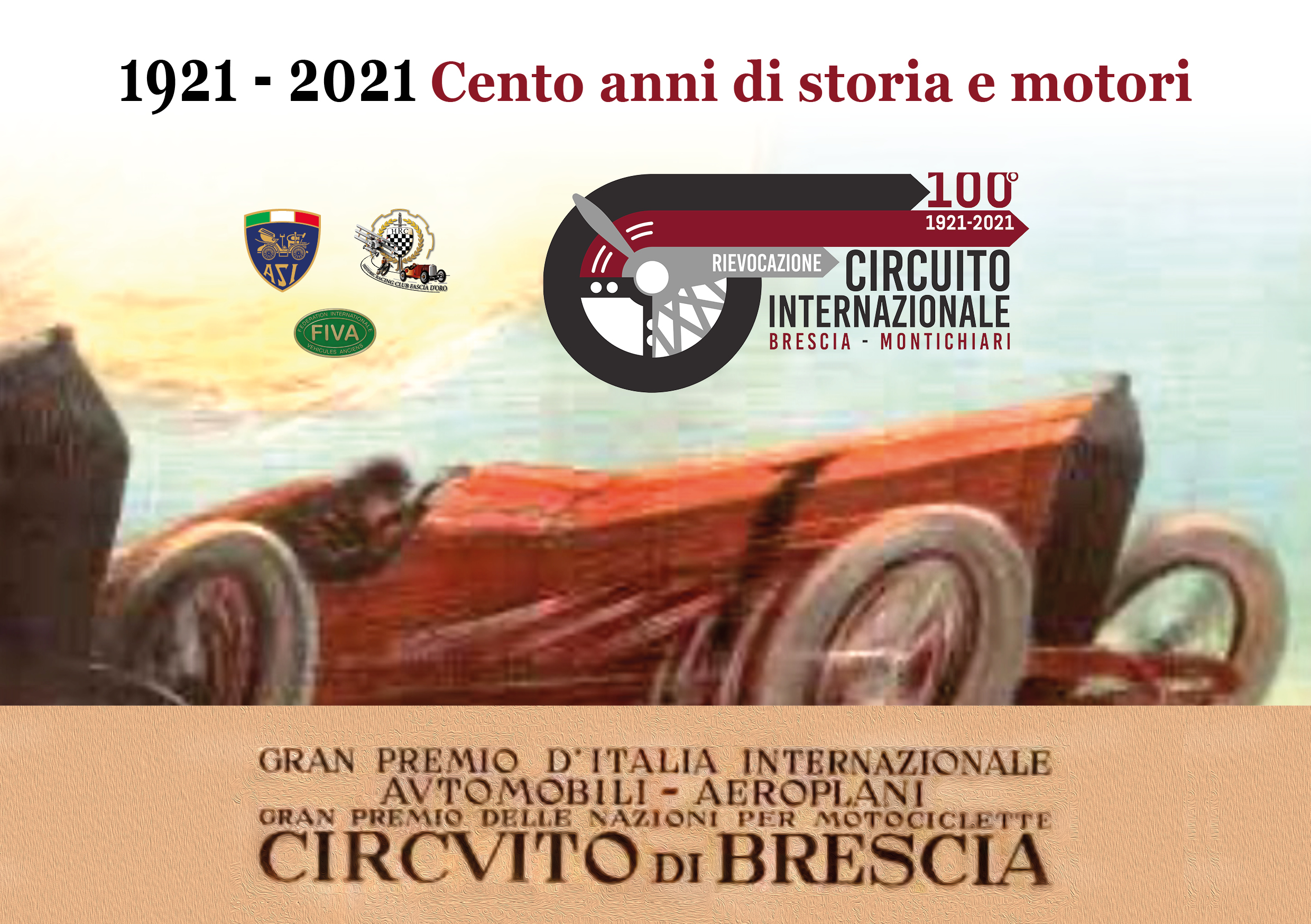 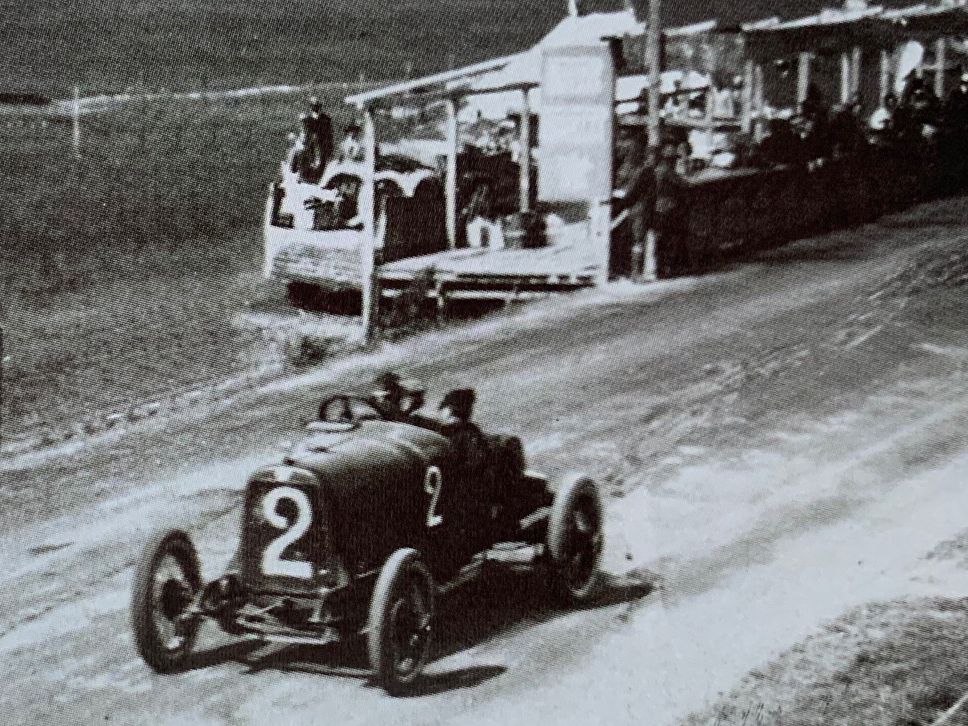 The Italian Grand Prix is 100 years old since its first edition held in 1921 on the Brescia-Montichiari circuit. ASI presents the great centenary event, which coincides with the traditional  “Historical Re-enactment of the Brescia-Montichiari International Circuit” organized by the Historic Racing Club Fascia d’Oro.
The event will take place from 16 to 19 September 2021 on the same roads that retrace that ancient track, the scene of the first “Italian Grand Prix” held on 4 September 1921 It was a truly epochal event since, in addition to car competitions, the spectacular Grand Prix for airplanes and the Grand Prix of Nations for motorcycles were also held.
To celebrate the centenary of the first Italian Grand Prix, ASI and HRC – with the patronage of FIVA, the International Federation of Vehicules Anciens and with the collaboration of the Municipality of Montichiari – have developed a project thanks to which historic cars, motorcycles and airplanes they will revive the emotions of the pioneers. The event, in fact, provides for the participation of sports and competition cars and motorbikes built from the origins until 1939 and biplanes and other historic aircraft that will perform in the skies of Brescia thanks to the contribution of the Historic Aircraft Group. There will also be cultural moments such as themed conferences and historical insights. 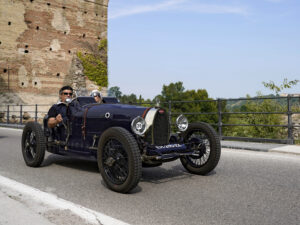 THE BRESCIA CIRCUIT
In September 1899 Brescia hosted its first car race, the passage of the Verona-Brescia-Mantua-Verona. A triangular-shaped route was prepared with its apex in the area of Fascia d’Oro (between Brescia and Montichiari), where the main attraction of the whole work was created: a parabolic curve over 500 meters long. In those early years, the Coppa Florio was also disputed, the forerunner of the famous Targa Florio, and in 1920 it was decided to create a permanent racetrack: the same one that hosted the First Italian Grand Prix a year later.

THE FIRST ITALIAN GRAND PRIX IN 1921
The most prestigious car manufacturers of the time met in Brescia fielding the strongest drivers of the moment: Isotta Fraschini with Alfieri Maserati, Alfa Romeo with Enzo Ferrari, Fiat with Pietro Bordino (author of the fastest lap over 150 km / h on average!), The OM with Ferdinando Minoia, the Mercedes with Giulio Masetti, just to name a few. The winner, however, was the French Ballot, who won with two cars in first and second place, entrusted to Jules Goux and Jean Chassagne: the winner of the Grand Prix completed the 30 laps in 3 hours 35 minutes and 9 seconds at 144 km / h on average, covering over 500 kilometers. On the third step of the podium was instead Louis Wagner with Fiat. Among the curiosities, we note the participation of Maria Antonietta Avanzo, the only woman at the start aboard the Alfa 20/30 ES. 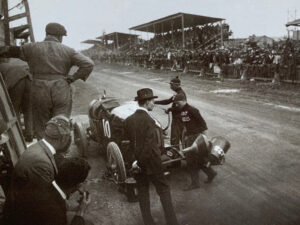 THE BAPTISM OF BUGATTI “BRESCIA”
In addition to the Italian Grand Prix for large-displacement racing cars, the Gentlemen Grand Prix (won by Masetti on a Mercedes) and the Vetturette Grand Prix were also disputed in 1921, where the small Bugatti Tipo 13 won the first four places. with Ernst Frederich, Michele Baccoli, Pierre De Vizcaya and Piero Marco. Following this triumph, Ettore Bugatti renamed this model “Brescia”, a nickname that is still recognized and used today by enthusiasts all over the world.

CHALLENGES ON TWO WHEELS
The great event of 1921 also featured motorcycles, which competed in the thrilling Grand Prix of Nations. The most intrepid centaurs of the time challenged each other on the Brescia-Montichiari International Circuit, such as Gentile Minazio, Damiano Rogai, Piero Maggi and Badino Mai. Among the motorcycle manufacturers there was the participation of Della Ferrera, AJS, Maffeis and even of the American Harley-Davidson, which imposed itself with its official team. 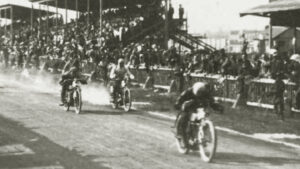 THE SHOW OF THE SKY
At the moment when the Italian Grand Prix for cars started, at 8.00 am on 4 September 1921, the airplanes for their competition took off from the nearby Ghedi airport, tackling the same track as the cars but in the sky and in the opposite direction. Thus it was that the engines, a hundred years ago, dominated the scene of what can be defined as a colossal “automotoaerodromo” unique of its kind, which the Automotoclub Storico Italiano and the Historic Racing Club Fascia d’Oro will revive, highlighting its implications historical, social and cultural. 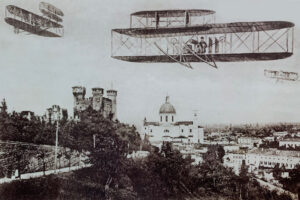