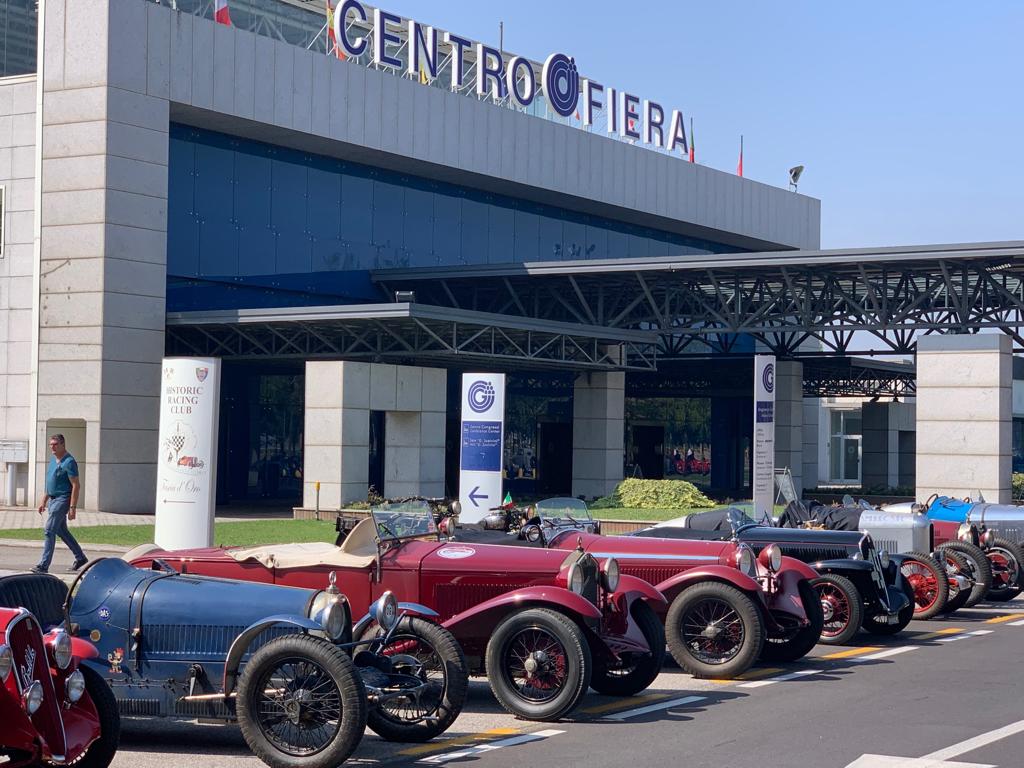 Great success for the second edition of 2nd Brescia-Montichiari International Circuit , historical-automobile reenactment of the First Italian Grand Prix, organized from 12 to 15 September last from the Historic Racing Club Fascia d’Oro of Montichiari with the municipality of monteclarense. Over sixty crews who traveled the streets of the historic circuit, Saturday 14 , with skills tests on the track and exposure of the cars in Piazza Santa Maria and Piazza Treccani .

The “traveling show” crossed the streets and the center of Montichiari, reviving the shivers and the emotions of the First Italian Grand Prix. The fascinating sports and racing cars, built between 1920 and 1939, represented 18 brands in the international motoring sector (including the Alfa Romeo 1750 Gran Sport, a car driven by Tazio Nuvolari and the Alfa Romeo RL that he saw behind the wheel. Enzo Ferrari, Bugatti, Amilcar, Lagonda, MG, Alvis, Riley, Itala, Fiat, Lancia, Bianchi, Salmson, Peugeot, Sanford, Hindindtin, Scap, OM and Chiribiri).

“Great satisfaction for this event with which we wanted to enhance the glorious past of Montichiari and the Brescia area – comments the president of HRC Fascia d’oro, Emanuele Prignacca -. If so many crews have chosen to participate in the event with their cars it is because they believed in the historical value of our event. For the success of the circuit, we wish to thank the municipal administration for the support and collaboration and all the sponsors who have allowed us to complete the second edition. The appointment is with the third historical re-enactment of the International Circuit, in 2020, to prepare us for the great centenary ».

“I sincerely thank all the organizers of HRC Fascia d’Oro and the sponsors of this event – says the mayor of Montichiari Marco Togni -. It all started last year with the support of the Fraccaro council and this year on our part, with the hope that in the future there will be even greater participation by the public. I applaud the owners of the splendid cars, which I define more than jewels of real traveling works of art. The idea of closing the event with a dinner in the fascinating setting of the Bonoris Castle was also nice, which allowed those present to admire our city from a very particular view, a further way to make Montichiari known even abroad considering the origin of the crews from various countries ».